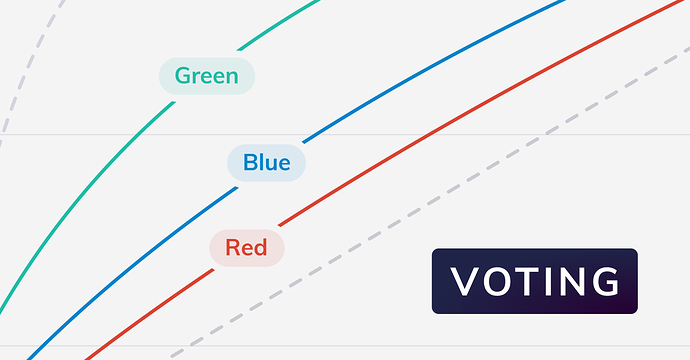 I have been giving it a lot of consideration and I have come to the conclusion that we need a high initial staking reward to gain new and excited followers. If people in countries like Venezuela and Zimbabwe could start using this technology where their currency gains value because the inflation is stable, but they also get rewarded for holding. It would change the way their economy works since this is so easy to use. A positive is you do not have to rely on the US dollar to be stable in an unstable country. If we choose any of these curves we have the opportunity to make this coin gain value for the people who have supported it this long because the supply becomes more reasonable, but we still need a high reward to help incentive new members and users. My vote like I said in Discord is for the balance curve. But if we aren’t doing that I think the second option should be the green curve. But I’m open to hearing every one else’s opinions.

Hi there. I have an issue on different devices and networks. The same message on all of them. How to fix? 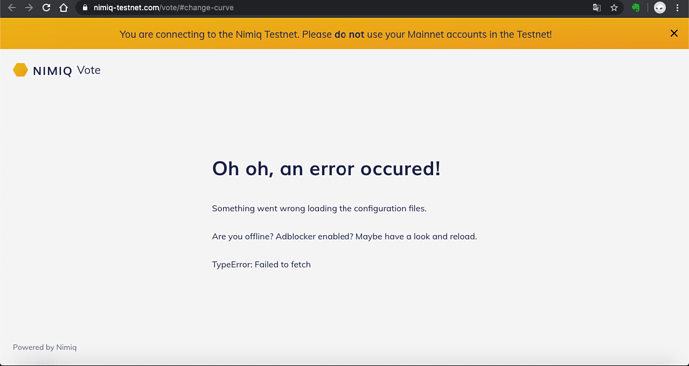 Hi @tantakl, welcome to the forum!

Please try whitelisting the website or disabling any ad blocker. Try incognito mode too, to see if it could be related to the cache. Depending on where you live a VPN might help too.

Thanks for the input Sirchef. When I started reading your post I was thinking you’re against the change at all, since voting “NO” shall give most reward with the highest drop

I myself shall vote “YES” for the change. I am debating between the red and blue curves.
Topics I have tried to think of:

With all that in mind, I am thinking of voting for “RED” (with ‘blue’ as my second bet), with reason being that short-term I don’t see any incentives to use and until they are built, I would wish to dilute the supply and my value the least amount. It also would bring NIM inflation to the FIAT on a close margin, making them comparable. And even with low staking amount, I bet on the price correcting to reflect the ROI in the price of 1 NIM.

I’ve found a couple of charts like this one, it’s the total number of unique Bitcoin wallets created.

Something to notice is that it seems to be an exponential curve. So, I played a bit with the numbers and made some extrapolations and it seems Bitcoin hasn’t reached yet a constant rate of new wallets being created per year.

What I mean by that is that the proportion of the number of new wallets being created per year is decreasing, and in 10 or 20 years from now when that rate reaches its minimum value, the adoption rate of Bitcoin will be the same as the population growth rate.

For my money, any rate of supply growth above the population growth rate estimates, will become inflationary after the adoption rate reaches its minimum value. So, I will be also going for the red pill, I mean the red curve

When I first wrote it I was still unaware what all the options were. I still believe that a high reward is necessary in order to get new people to follow. But obviously I believe the current curve does not work as it is now. It’s crazy to see how far we have come. I wonder what curve will be decided on if it is for sure a yes vote.

I will be voting red if the current “Yes” vote wins. If we’re going to change the emissions curve, may as well change to something that will be the best for a payment coin - red is likely the best option for price stability, which would promote spending and use cases.