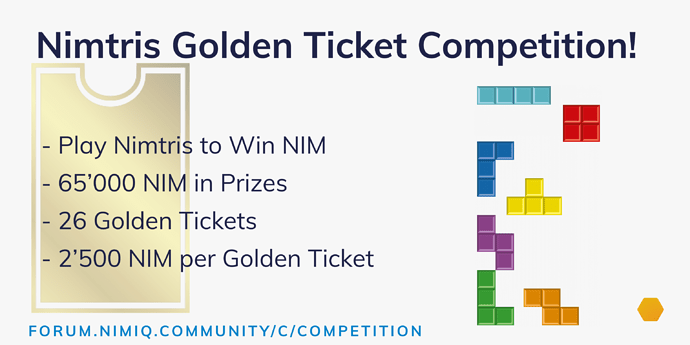 Remember Tetris? Well, Nimiq’s community member @Stefan created this awesome game called Nimtris, which is inspired on the legendary game of Tetris. As a faucet, Nimtris seeks to entertain the user and also reward them with NIM depending on the high score.

There will be 26 Golden Tickets automatically awarded to random players. Each Golden Ticket is worth 2’500 NIM, for a total of 65’000 NIM in total prizes.

How is the winner chosen?